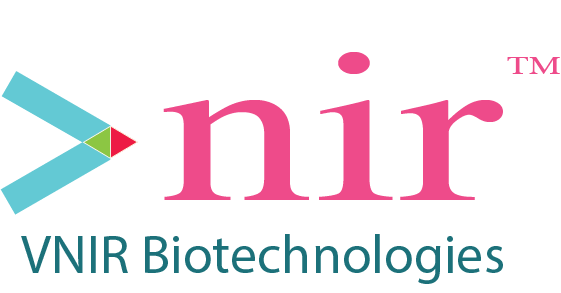 VNIR’s novel molecular probes (VNIR 215 or VNIR AD) were conceptualized and designed for a targeted diagnosis of Aβ plaques, which is believed to be an early precursor in Alzheimer’s. VNIR AD is unique in its exceptional sensitivity and specificity to diagnose the Alzheimer’s disease, at a quality comparable to the gold standard (antibodies).

VNIR AD holds the promise for a detailed brain scan based on Positron Emission Tomography (PET) or of performing a rapid screening test in a retinal scan in a neuro-ophthalmology setting.

Some of the technical evidences from the laboratory studies are as follows. The following graphic shows the difference in the staining of mouse-brain tissues between VNIR AD and commercially available ThioflavinT, a molecule which forms the basis for the PiB PET tracers for Alzhemer’s. By running the slider up-down (↕) in the image below, one sees the overlaid images captured with the ThioflavinT (green) and VNIR AD (red). The background fluorescence is very strong when stained with ThioflavinT, suggesting a lack of specificity. VNIR AD on the other hand emits fluorescence from very selective regions. 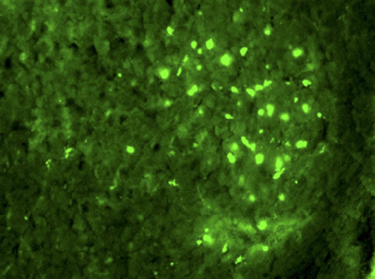 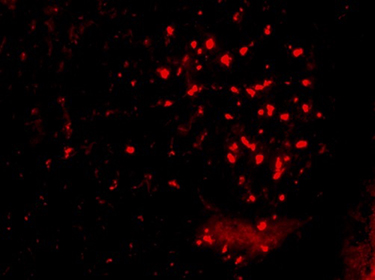 When VNIR AD is fluorescent, how do we know whether it is signalling Alzheimer’s and some other neuro degenerative disease? Running the slider side by side (↔), one sees the overlaid images of VNIR AD reporting Aβ plaques, and having no overlap with the neuro fibrillary tangles detected by the PHF1 antibody. 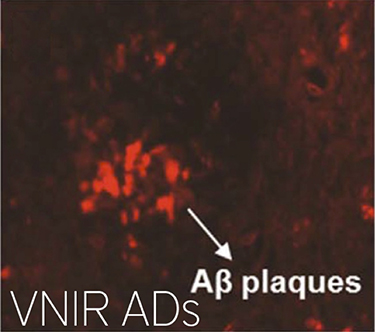 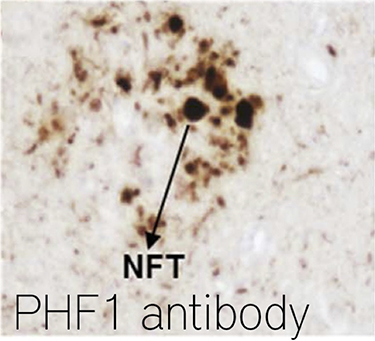 With this confidence in the sensitive and specific diagnosis of Alzheimer’s, VNIR is developing tests for diagnosing Alzheimer’s using PET scans as well as fluorescence based retinal-scans. The next stage will be a formal Preclinical testing.